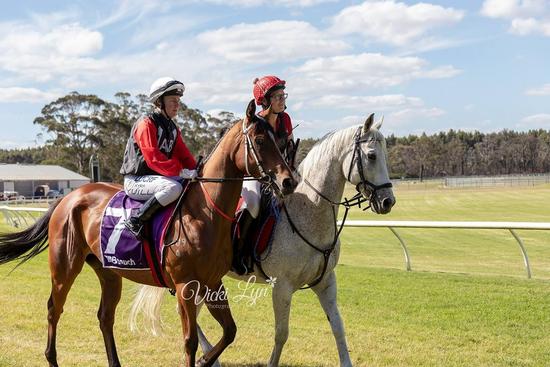 On Thursday we head to Pinjarra with 3 runners,

The first is Massa Mac coming off what looked an average run but he was on the inside a place where he does not like to run and stayed there the whole race which was disappointing as he was meant to be on the outside. So it may pay to forgive the last run and we are expecting him to bounce back with a big run in an average field we this he has a great chance. With top Jockey Joe Azzopardi on board from barrier 5 and the blinkers going on we expect him to be sitting a bit worse than midfield and to come to the outside and finish off strongly. Go Evan!

The 2nd runner is Quest To Venus in the same race she is coming off a 5th at York where she started favorite but failed to handle coming down the hill at York which some horses don't. She has drawn barrier 6 and the inform Tash Faithfull takes the ride we are expecting a solid effort from her and then she will step out to a more favorable distance and take some beating. Go Venus!

The Lucky last runner is Shezabutoo who ran a mighty race last start after being held up coming to the turn she rattled home into 4th. She steps up to 1400m which will suit her and Beau maintains the ride she has drawn wide but hopefully she can have some cover midfield and finish off strong we are expecting her to go very well. Go Jules!