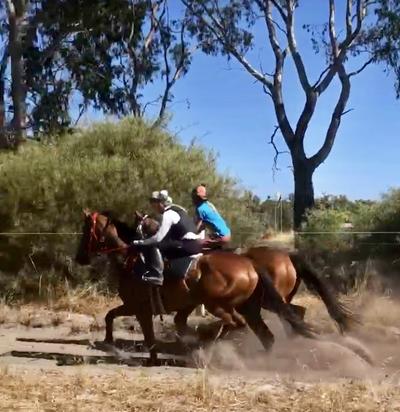 Eeyore Ways starting first up with no trial blew them away at Belmont Park! It was a special day as it was Misty's first city winner, and judging by the way Eeyore Ways won it won't be her last!

Settling back in the field from a wide barrier, his jockey Clint Johnson Porter rode a patient race pulling him to the outside in the straight and letting go with an explosive sprint to win going away from the field . Making the win even better was the fact he carried 60kgs and won under his own steam running the fasted last 600m by over a second for the whole Meeting with plenty of improvement left in him.

We will look for a suitable Saturday Metro race in the next 2 weeks. Go Donkey!